To Our Local Presidents

On behalf of the Board of Directors, the NYSUT Officers are pleased to invite you to consider applying to attend NYSUT’s Local Action Project (LAP). NYSUT launched LAP in 1994 to help locals develop internal capacity, increase solidarity and fidelity within the local and establish strong and lasting relationships within their communities. LAP offers you the opportunity to partner with NYSUT in developing a long-term strategic plan to move your local union forward.

Locals selected to participate in LAP through a competitive application process receive training, materials, resources and support from NYSUT throughout their three-year LAP commitment. Teams from each local learn proven strategies to organize the local, to increase member engagement, build community support for key initiatives and achieve results in contracts, elections and more. They do all this while focusing on ensuring the highest quality public education for all students.

We urge you to read this material and talk to your labor relations specialist about how LAP might benefit your local. LAP works! Growing numbers of NYSUT locals, representing every size and demographic, are energized and mobilized as a result of this unique union program.

The Local Action Project is a unique, three-year program developed by NYSUT to help local unions organize themselves to increase member engagement and build community support to achieve results in providing quality public education, contracts, school budget votes and more. LAP has a track record of success in helping locals become highly effective by developing a strategic plan to move your local forward. 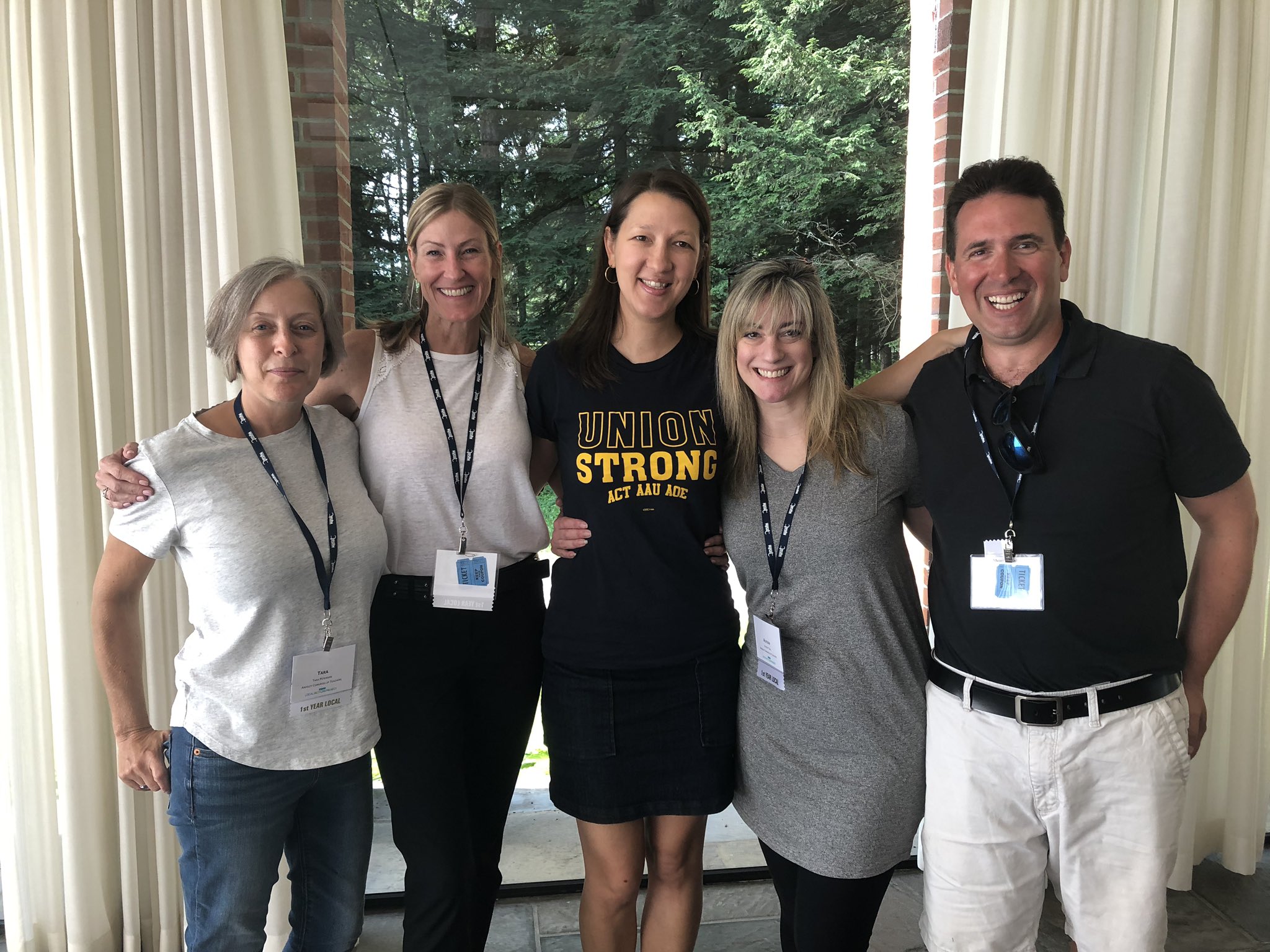 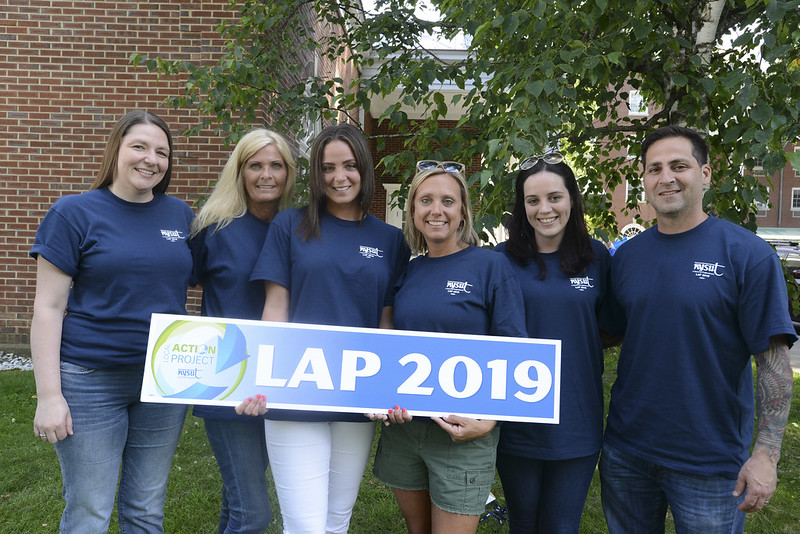 NYSUT supports LAP locals every step of the way. NYSUT hosts the all-expenses-paid annual LAP conference and provides training on everything from how to deal with the media to winning school budget votes to electing pro-education candidates. Each “class” of LAP participants enjoys opportunities to network and collaborate with other locals in similar situations. At the end of the three-year LAP experience, graduates share what they’ve learned with other participants.

The LAP experience has value for participants from every category of NYSUT membership: teachers, school-related professionals, health care professionals and members in higher education. Rural, suburban and urban locals, ranging in size from a handful to thousands of members, learn how to win community support for the locals’ work to educate the children in their community. LAP increases locals’ effectiveness by focusing on membership engagement, political action, community engagement/coalition-building and communications. 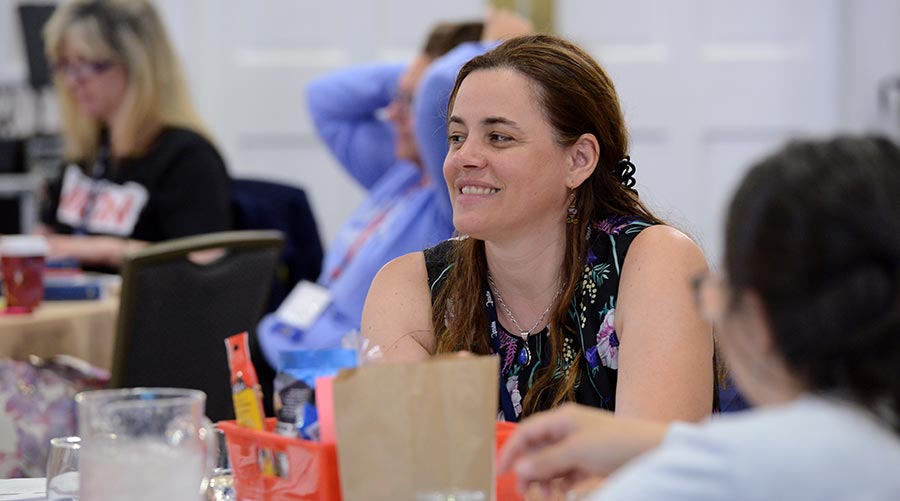 What is the local union’s commitment?

If you are chosen for LAP, your local union must commit to:

What Do Local Teams Receive?
What are the LAP principles?

LAP’s demonstrated record of success is based on five key components:

While focusing on these five principles, it remains the goal of all of our LAP locals to ensure a high-quality public education for all students. As such, educational initiatives that focus on student achievement and professional issues should be part of your LAP plan.

What is the history of LAP?

NYSUT has always encouraged affiliates to organize themselves for action by implementing local political action programs and engaging the community to build coalitions. But, some locals-only focused on these important activities during contract negotiations. Members, parents and community groups might not hear from or about the local union until the next contract or unless there was an emergency.

This situation first became an issue in the 1990s when organized groups of taxpayers harmed by the nationwide economic downturn organized communities to vote down school budgets in record numbers. Organized “TAXPACs” formed to elect school board candidates who sought to cut school budgets by eliminating staff and programs and by targeting unions and collective bargaining agreements with a barrage of anti-union publicity.

More locals were finding that the traditional role of the union – bargaining and enforcing a contract – and traditional methods of forming one-time, short-term alliances to pressure the school board were not enough. To improve the image of unions and gain member and community support, locals needed to develop a more comprehensive approach to unionism and solidify their role as the educational experts in the community. The NYSUT

The NYSUT Board of Directors approved the Local Action Project as a way to help locals become more effective. Building on early successes in turning around anti-union climates at the local level, LAP has continued to evolve with new programming in areas like social media, website development, community engagement, organizing and social justice to meet the needs of all NYSUT locals.

Since the Janus decision, LAP has expanded its offerings again to ensure that all NYSUT locals are positioned for the future and developing programming and activities to engage more members in the work of the union, including training on leadership development, engaging new employees, and moving rank and file members to become unionists. The program has also expanded offerings to address issues unique to higher education locals, BOCES and school-related professionals. LAP continues to evolve each year based on the recommendations from the LAP teams and NYSUT’s Labor Relations Specialists.

The LAP program exists to help locals deal with the ever-changing landscape of attacks by anti-union, anti-public education forces to diminish contracts, benefits and support for public services, public employees and the institution of public education.

How are LAP local teams funded?
What are the criteria for LAP?

Locals are selected to participate in NYSUT’s Local Action Project through a competitive application process. A local must:

(Further information on these requirements can be obtained from the NYSUT Accounting Department.)

What is the application process?

What can be funded?

The LAP budget committee will concentrate its monetary allocations toward those expenditures that focus a local’s plan on the four key components of the LAP program:

The following represents a sample of expenditures by key component areas that have previously been approved by the LAP committee. Please note that this list is by no means exhaustive and should be used simply as a guide. Many activities are applicable in multiple categories and should focus on educational initiatives whenever possible.

The following represents a sample of expenditures by key component areas that have previously been approved by the LAP committee:

These activities include almost everything except electoral matters. Passing school board budgets and ballot initiatives, for example, are not considered electoral activities (even though the public votes on these matters).

Please note that this list is by no means exhaustive and should be used simply as a guide. Many activities are applicable in multiple categories and should focus on educational initiatives whenever possible.

In addition, please remember that when purchasing any products or materials for distribution that have been approved within the guidelines of the LAP program, they must be union-made and made in the USA. Please note: There are restrictions on the percentage of the local LAP budget that can be used for member meals and giveaways.

What CANNOT be funded?

Below are some of the expenditures that fall under these categories and have been disallowed by the NYSUT LAP Committee. This list is not exhaustive. Your team may propose something that the committee has not encountered and may deem an unacceptable expenditure. In this event, we will make every effort to contact the local or your labor relations specialist for clarification before deciding not to fund the budget item in question. The “miscellaneous” section below lists expenditures that have been disallowed by the LAP Committee but do not fall into one of the four broad categories cited above.

The committee has also been known to make limited exceptions when a normally disallowed expenditure is part of an innovative activity that meets the goals of LAP and of the local. This is why you are strongly encouraged to consult with your LRS and to provide a rationale for your proposed expenditures as they apply to both your local’s and the organization’s LAP objectives.

Budget dollars allocated to giveaways and meals for members of the local cannot exceed the following:

Contributions to or expenditures for state or federal candidates.

If you have any questions regarding the funding of certain initiatives, please contact your LRS or Jennifer Kaseman at 800-342-9810, prior to submitting your budget document.

NYSUT local grant award dollars are dedicated solely for the betterment of NYSUT locals and members. In order to adhere to these fiduciary principles, all locals receiving any grant dollars from NYSUT must formally commit to remain affiliated with, and members of, NYSUT for a period of ten (10) years following the date the grant award is distributed. Upon acceptance into the LAP program, local leaders must complete a Grant Award Agreement declaring that the local will remain affiliated with NYSUT for ten (10) years. Failure to formalize this commitment will result in removal from the LAP program.

If you have any questions or concerns regarding this requirement, please contact Melinda Person, NYSUT’s Executive Director at This email address is being protected from spambots. You need JavaScript enabled to view it..

Your complete application will be shared with your NYSUT Labor Relations Specialist (LRS), who may be in touch with you to review aspects of your application.

TIP: Many locals ask their LRS to collaborate in the process of filling out the LAP application. Labor relations specialists are knowledgeable on what information is needed.